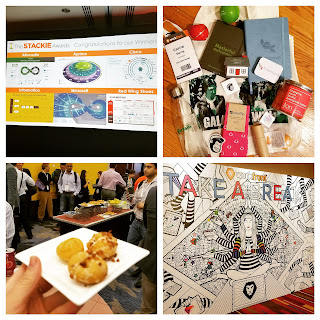 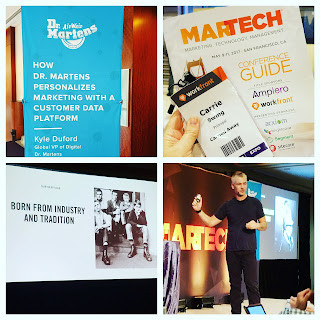 For the case studies alone, I am thrilled I attended. Because most of the offerings are beyond the needs of my own business, or that of my clients currently, I can’t say for sure whether I will attend next year, but I did step up my reading of tech blogs and subscribed to a couple of new tech podcasts. Rather than leaving feeling overwhelmed, I left feeling even more determined and on the right track. Lifelong learning is more than a goal, it increases my worth and the value to my clients. Supposedly it will also stave off Alsheimers and, as my grandmother used to say, “keep me out of the pool hall”.  Thank you, MarTech!
Posted by carrieswing at 11:38 AM