Mine goes to 11: Romantic Things I Can't Forget 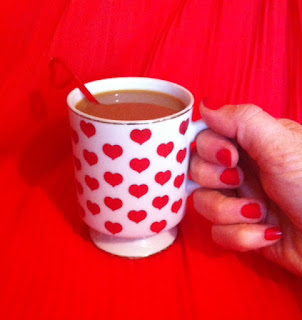 Forget the clichés of roses and lingerie, what is truly romantic? These things stick with me because they are unusual, show that time and research was employed or go beyond the typical. Big gesture or small, romance is showing that you are thinking of the other person rather than yourself. Here is my list:

What's on your list, or what can you do for your Valentine this year that they will put on theirs?

Posted by carrieswing at 9:14 AM No comments:

This week I have a guest blogger, and I'm very proud to introduce my daughter Ivy, with a perspective she wrote for her 6th grade class at Everett Middle School in San Francisco, CA. 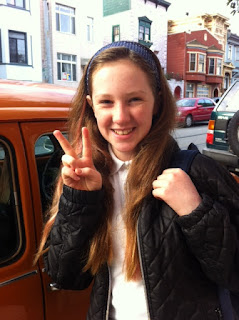 Thousands of people were killed in 2015 because of their religion. When I learned this I was shocked! I thought that in the 21st Century, we would have learned to accept each-other for who we are and not what we believe in.

We must stop this hate and violence. A way to do this would be to bring world religion education into schools around the world. This would promote the idea that even if someone has different beliefs from you, they aren’t bad. If children could learn these things we could grow up to be peaceful citizens and make the world a better place.