You know how some people just fascinate you, and you feel constantly lucky to know them, let alone work with them? I can say that about Gary Hutton, from the moment I met him in 2002 volunteering on Dining by Design. I already knew his work, but meeting the man in person made it all come alive to me.

Gary Hutton is a master of his craft (interior and furniture design) and a master of irreverence, deadpan humor and creativity. He will literally throw the most unusual things into projects and they suddenly become completely normal and functional. Oh, is that a wall covered in exposed brush bristles for sound insulation? Of course it is! You just never know what to expect from him, and that includes his wardrobe (he favors tailored menswear with a twist, such as tweed jackets that button up on the diagonal, or an oxford shirt that sneaks in a leopard print collar). Speaking of wardrobe, just get a load of Gary’s mom in the late 60s - no words, right? This grand lady and I share a birthday, and that’s only ONE thing I love about this image: 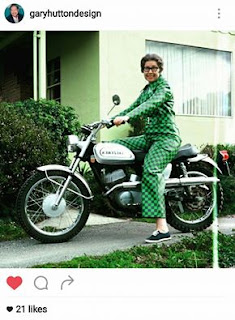 Stop it. This is Gary's mom.

You also never know what you might find in Gary’s office, from prototypes for custom furniture, to a collection of Barbie dolls to a snow globe emblazoned with the word “F*ck” to these stunning 70s platform shoes which belonged to one of his dear friends: 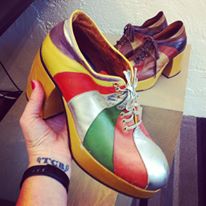 I recently had the pleasure of sitting down with Gary to ask him a few questions:

CS: Which came first for you, art or interior design?
GH: Well, it depends on when one starts counting!  I was decorating and redecorating my room from the time I was 5.  Art studies came in college and when I couldn’t get a job as a sculptor I went back to school for Interior Design. 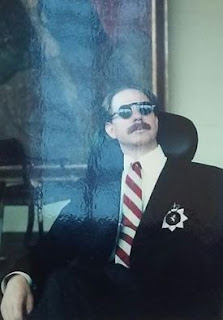 CS: Have you done any other jobs prior to starting in design?
GH: When I graduated from Design school there was a very bad recession so I worked in a number of Showrooms prior to getting my first real job as a designer. 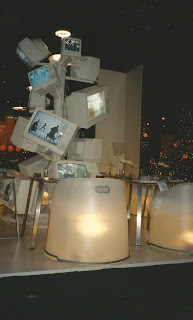 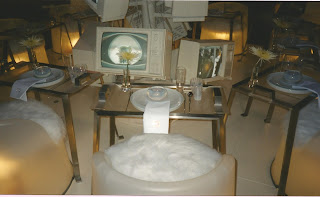 I was blown away by Gary's mix of High and Low plus his commentary on American Society...

CS: How did you come up with the concept for the stack of TVs at Dining by Design 2002? I have a massive fascination with this project because it reminds me of a home in Berkeley, CA where I grew up that had an installation of many TVs on its porch. They were always playing cartoons and Nixon speeches and footage of Vietnam, 24 hours a day, and everyone knew what you meant if you said the TV house. It was the coolest house till it was dismantled in the late 80s, so seeing this project was like seeing a favorite friend from childhood again!

GH: Gee that is going back a long way!  I had just designed a very fancy TV tray/table for my furniture line and I wanted to use it for Dining by Design, and somehow the idea of a tree of televisions just made sense.  I wish I could claim some high minded riff on Nam June Paik but that wasn’t the reality. 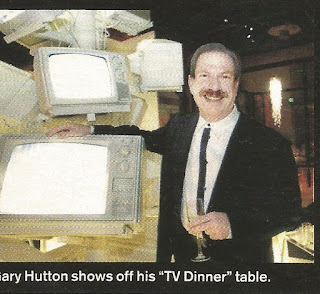 CS: I know everyone goes bananas when you post on social media that you are cooking lunch at your studio. What is your favorite thing to cook for entertaining?
GH: My favorite thing to cook when entertaining is something that can be prepared primarily ahead of time so I only need to do some final frizzing when guests have arrived. (Smart, Gary! Speaking as a former professional organizer and home chef, that's the way to do it!)

Here is Gary in action in the kitchen of his stunning SoMa studio: 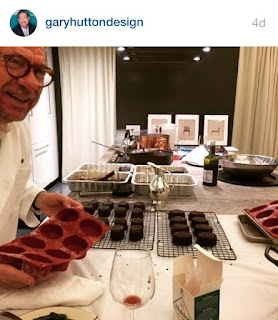 CS: Is your house tidy or messy? (Or, are you Felix Unger or Oscar Maddison)
GH: My apartment is a combo.  I have tried very hard to be organized with the new re-do of the apartment and I’m doing a pretty good job except for my desk in the den.  Try as I may, I just can’t seem to escape a messy pile somewhere! 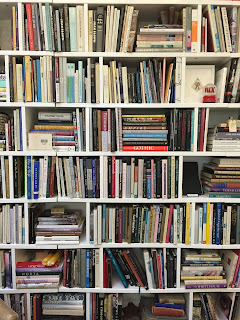 Gary loves books and one of the things I love on his Instagram account @garyhuttondesign are his book recommendation posts, like this utterly hysterical take on a children’s book called “We Go to the Gallery” (a Dung Beetle book) which will have you screaming with laughter. I personally was compelled to read the entire thing aloud in my best Joanna Lumley / posh voice. Magnificent. 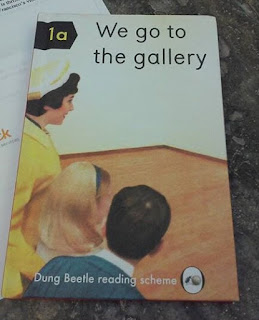 Posted by carrieswing at 10:07 AM No comments: 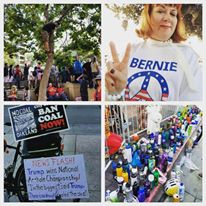 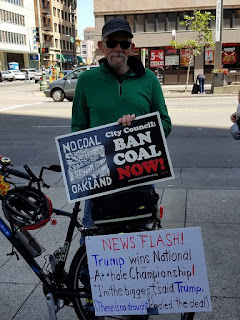 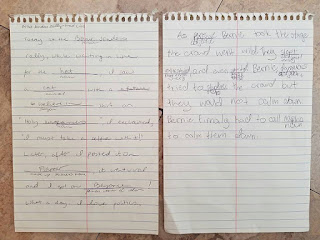 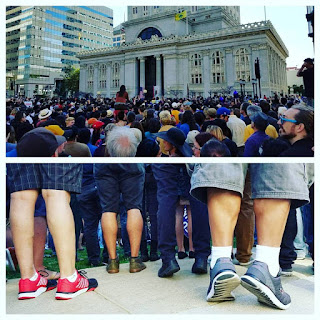 Posted by carrieswing at 3:31 PM No comments: